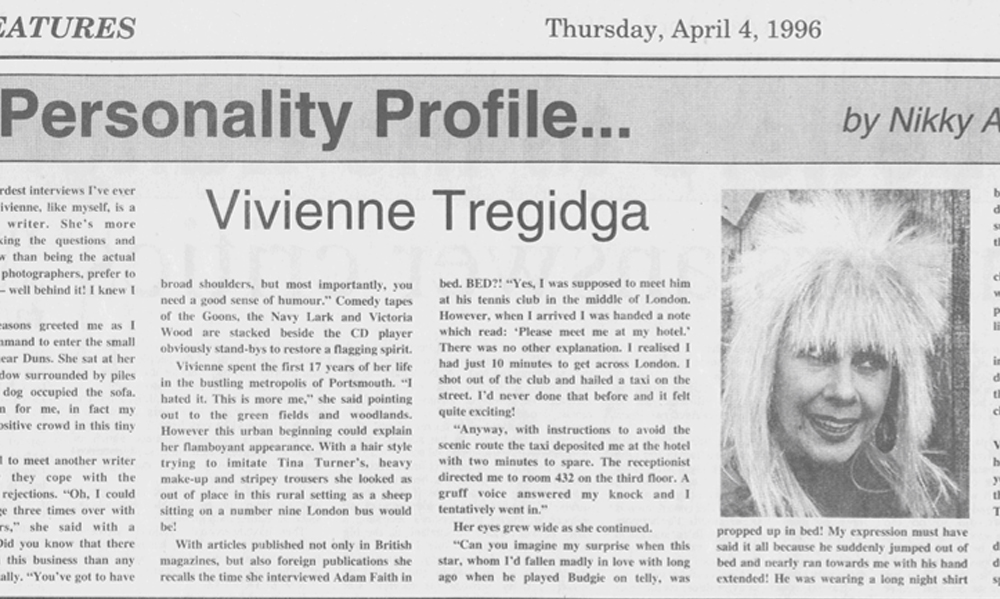 When I started working on the Berwickshire News and Advertiser as their feature writer and columnist the Editor didn’t like my name! Saying that Tregidga was too difficult and he wanted me to create a pen name!  I had to think quick and blurted out “my middle name is Nicola and my mother’s maiden name is Armstrong.”  “OK” he said, “Nikky Armstrong it is.”  And so Nikky Armstrong was born.  At first I found it very strange but after a while I realised the plus side was being able to get honest feedback on the column because they didn’t realise they were talking to Nikky.

However, for an April Fools column the editor came up with the idea of Nikky interviewing Vivienne!!!  As there also had to be a photograph of the victim I donned a crazy pink wig in a vain attempt to disguise my identity.  Anyway here is the result.